Talking To Kids About Difficult Topics

Talking To Kids About Difficult Topics

I’ve been blogging for over two years now.

One of the first Parenting Forum’s that I started writing for was BabyChakra.
I’ve seen it grow and I have grown with it.

I had the honour of hosting a live chat on BabyChakra last week. In my life as a mom, I’ve had so many moments when the kids have asked me awkward or difficult questions and I have been unprepared towards handling them. That, basically was the intent of the live chat: to empower parents to handle such difficult situations.

For those of you who missed it, here is a rounded-up list of questions I addressed during the chat: How To Talk To Kids About Difficult Topics 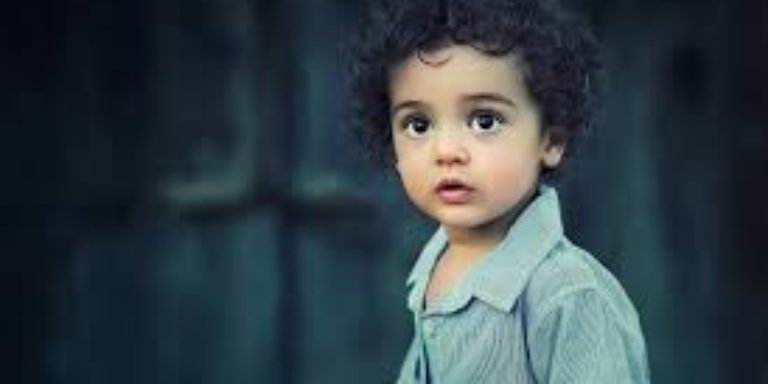 My boy is 4 years. I want to sensitize him on him on how girls are not different. Especially when he plays. I don’t want him to think they are less competitive but also want him to be gentleman like. How can I balance this?

I’m working this out myself right now!! I have a son and a daughter. They wrestle together, play football together, cook together, do house chores together. We are trying to create an atmosphere at home where we involve both in tasks equally. Arshad (my husband) participates in all house chores and I work outside the home too. Hopefully, they will see and understand that gender has no limitations on the jobs one can do. Basically we practice what we preach. This is a wonderful article on ‘5 Ways To Raise A Feminist Son.’ You might want to read it.

My childoo is turning 10 yrs old next month. I have taught her about good touch, bad touch and showed her videos made by HowToTellYourChild etc. She has read a book by Menstrupedia and Just For Girls that talks about puberty and menstruation. I have also spoken to her about it briefly so she has a fair idea what happens every month!

Now I need to talk to her about the birds and the bees! When do u think I should do that and how? She still has a very innocent streak in her and I don’t have the heart to change things in her mind!She is aware of crushes at school. While watching the news with me she asked what was rape and i told her it is a violent form of bad touch where the girl got very hurt.

A. Since she knows about the reproduction system and how menstruation works, in age appropriate language talk about why it happens such. Showing her Natural Geographic would be a great way of exposing her to mammal intimacy and related sexual experiences. You can take it forward from there and then you can graduate to the male-female intimacy. Let her ask questions and take the lead from her. There’s also a nicely illustrated book called ‘Where Willy Went’ by Nicholas Allan. That might help her.

Q3 KIDS AND THOSE DIFFICULT TOPICS

How do I gently say no to baby or make her understand that she doesn’t have to do that particular thing it might hurt baby. for ex. She used to always bang her hands on the TV trolley which has crockery inside and the portion is covered with glass doors. Initially she listened to me and didn’t do it and stayed away but now she doesn’t’ listen anymore. What do I do? Also whenever I remove her bottoms, she start touching her private parts and literally uses her hands to scratch.

Kids not listening is always a tough one. They try your patience and test your limits. Continue telling her that it can be dangerous. Show her in a book or on some video how it can cause an injury and how you might have to rush her to the doctor. Be consistent and stern in your explanation to her. If she’s touching her private parts, it’s normal. But if she’s scratching, it sounds like she may be irritated in her private parts. Please do check for rash. If she’s in a diaper, leave her open for a while in cotton panties.

My son touches his private parts. I scold him but he does it again and again. How do I stop him from doing this?

It’s as normal as touching his nose or his cheek. If you scold him he’ll believe it to be a taboo and that’s not what it is. What you need to tell him that it’s a private part and thus, he must touch it in the privacy of his bathroom. Educate him about it.

I am of the opinion that kids must be communicated about being touched inappropriately and must inform parents about the same. How and at what age do you suggest we can tackle this?

If your child is around strangers or anywhere where you or a trusted family member isn’t around say in play school, then start now. Begin by explaining about private parts and repeat it often explaining that no one can touch him there. Emphasize on the fact that he should talk to you about it if someone does. Give him the faith to know that you will always be there for him. At home also, please set boundaries about who is touching him where. This is an interesting article on addressing sexual abuse that will certainly help you.

I try to educate my son about his crotch and how it is a very important body part and he needs to protect it. I tell him not to show it to anyone so to troubles me. He does the opposite and keeps showing it to his grandparents and others whenever he is changing. Am I wrong here? Will he understand what am trying to convey?

Well if he’s doing it to tease you, ignore it even if it’s killing you!! Kids love to get under our skin. Hopefully he’ll get over it. Observe him and then if it continues, explain it to him again. Repetition helps.

My son is 6 year old and I wanted to ask you that he is fond of cartoon channels very much. How can I explain to him to not watch it unlimitedly. Although I strictly follow his study time also but when he gets into cartoon mood, he just forgets every thing.

It can be difficult to wean kids off TV. I have managed to bring it down to 15 minutes only for my kids. You might need to keep him engaged on other interesting activities. DIYs, colouring, garden fun, reading , making tents in the house anything! Do this for a few days. Show him that mamma can be more interesting than the TV and he’ll get off it slowly.

My 3 year old boy saw his girl friend going to washroom to pee while they were playing in park. He asked her to pee in park only like he does near the tree and then asked me why she didn’t pee like him. What should I explain?

Awww….curious little one. Tell him that boys and girls are differently made. Girls need to sit and pee while boys can stand and do it. He’s small to comprehend the difference but don’t give him false information. He might never ask you again and will actually believe what you tell him now for a long long time to come!!

Currently I am not in town and there has been a death in our family. My hubby’s family lives next door. His aunt passed away. Tomorrow I will be back in Delhi. How do I explain it to my 5 year old daughter? Her grandma passed away when she was a year old and she still cries for her.

I’m sorry for your loss. There is no polite way to explain this. You may tell your child that she may not see the relative again as she’s gone to another world. Your little one might cry so be prepared. She’s at an age where she will perceive the grief around and sense the pain. So communicate honestly with her and give her a chance to mourn with you.

My son is 17 month and like any other baby he has a habit of touching, rubbing and holding this crotch whenever he is without Diaper. I don’t scold him neither say NO all the time, just remove his hand from there and tell him ‘we don’t touch it’ and when I say this he gives me the mischievous smile. My question is- till what age this will continue? Any other way to discourage his touching that area? And a perfect reply to random people meet who tell me that this is so wrong and I’m encouraging bad habit?

It’s quite normal. He’s getting aware of his body and probably wants to feel it. Talk to him when he’s in a receptive mood like at night before sleep and explain that like he doesn’t hold his nose and walk around, his penis is just another part of his body and he doesn’t need to hold it such. If at all he does feel like it, he should do it in privacy. Also check for irritation or itching.