“How was school” I asked my son who looked rather meh.
“My friends ganged up on the girls and defeated them.’ said my son.
“That’s terrible’ I gasped!

The next day he came back looking supremely pleased ‘What happened’ I asked.
“I joined the girls and together we defeated the boys” I smiled. Lesson learnt! I was raising a Feminist Son.
I have a son. And I have a daughter.

Therefore it is important to raise a feminist son, to instill values that include respect for dignity and capacity of women.

Kids start noticing early. The minute you step out to choose his first tiffin, there’s a demarcation of character studded boxes screaming out that boys and girls are different and while boys need all those sporty, macho, superhero kind of character inspirations; girls have to pick up from the aisles of Barbie or Elsa adorned school stationery.

What children begin to learn about gender at this young age will shape their worldviews later in life. While I encourage my daughter to play with whatever toys she wants  touting “she can be what anything” I also extend the same flexibility towards my son. I encourage my son to choose from whatever toys he wants.  To raise a feminist son, it’s important to teach him that while he can play with superheroes all he wants, the dolls are great for pretend play too!

Feminist boys means letting them explore a range of emotional experiences. Parents tend to repeat ‘Boys don’t cry.’ But they must be taught to. Just like they are entitled to anger, teach them to accept pain, defeat and sorrow. Emphasize on experiences other that roughhousing and playing by refraining from defending it as the typical ‘boys will be boys’ routine. Sure, it’s a fun thing to do, but also while doing it, teach them how to respect the word ‘STOP.’
Allow them to play-roles with plenty of gender neutral toys.  While it’s fine to let boys roughhouse, it’s important to help them learn empathy by talking to them about the feelings of the children they’re playing with and helping them understand how their actions affect others. 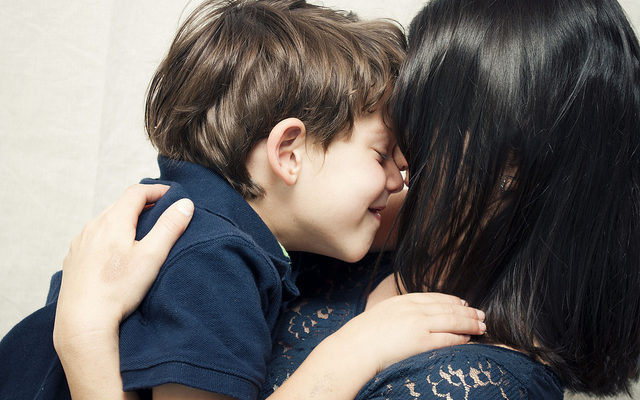 Learning happens every day. Talking random out of the box topics don’t help. Instead of approaching discussions about gender equality as isolated “talks,” parents should address the issue in the moment, based on their sons’ evolving outlooks.
For example, my son came back from school one day narrating an incident where the boys were ganging up on the girls and teasing them during the recess! This was a great time to teach him how this was unacceptable and Raising a feminist son reminding him of their equality, their capabilities, their feeling. Procrastinating these discussions for later never helps.

4. Remember, he watches you.

While I write this blog, my husband has taken the kids for a vacation with the grandparents.

Roles, in our house are respected.

My son learns a lot about women, gender and the relationship between genders within the family; from what happens and what he observes. Duties are not verbally demarked. Of course there exists an understanding, but this also marks the fact the people in the house, the women, his sister, the house help, everybody will make choices and those choices are to be respected.

We need to deliberately explain the rationale behind our family dynamics and model the behaviors we want our sons to accept.  Talk about why you work, your love for your work, and why some parents work and others don’t.

Noticing the way his father assists in domestic chores, how his sisters joins the weekly wrestling match is important.

We took our son to watch Dangal. Not only was it about hard work and dedication, but it brought home a wonderful point. There are many stories of inspiration around us. Narrate those, talk about them. These are real life deals which teach the boys to treat women as equal.