Stubborn Or Strong Willed? What Is Your Child All About?

Home Parenting Stubborn Or Strong Willed? What Is Your Child All About?
NextPrevious

Stubborn Or Strong Willed? What Is Your Child All About?

Stubborn or Strong-Willed? What is your child all about?

“My child just doesn’t listen!” gushed a fellow mom in the park. Ha! Been there. Done it. “He is so stubborn.” She added. 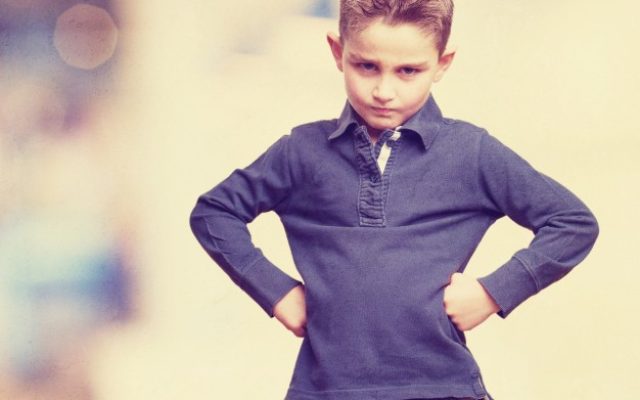 The teacher in-charge for bus discipline mentioned that he was getting into trouble on the bus because he refused to shut the window. The child in question was a little 7 year old. This disturbed me because this was a boy who could easily be mistaken as stubborn on where as he was just strong-willed with very clear thoughts. Unfortunately, in the clichéd world of parenting, a child who doesn’t toe the line marked out by an adult is tagged ‘stubborn.’
I caught up with this kid during the course of the day and brought up the subject with him. He said to me ‘The teacher on board listens to the child who wants to shut the window every day. Why doesn’t she listen to me? I don’t want to shut the window.’ Here was a child who had reason. He had a valid observation. He was hurt emotionally. And his problem had not been addressed. Does this make him stubborn? Not in my mind. It makes him bright with a developed sense of comprehension of the world around him.
So what is a strong willed child exactly?

AHA Parenting has described this very beautifully. It says that “Some parents call them ‘difficult’ and ‘stubborn’ but we could also see strong-willed kids as people of integrity who aren’t easily swayed from their own viewpoints. Strong-willed kids are spirited and courageous. They want to learn things for themselves rather than accepting what others say, so they test the limits over and over. They want desperately to be “in charge” of themselves, and will sometimes put their desire to “be right” above everything else. When their heart is set on something, their brains seem to have a hard time switching gears. Strong-willed kids have big, passionate feelings and live at full throttle.”
They go on to say that such kids are prone to power struggles and very aptly talks about how as a parent we don’t need to act out like 4year olds when our children are acting out. This would be the right time to behave like an adult and let your child save face and still get what we want.

Strong willed children don’t like being told what to do. So where does that leave the parents?

You try to make the child feel heard without compromising on the limits that you have set as parents. It would help to empathize with your child, give choices and make your child feel respected.

My child is an extremely strong willed child and parenting him can be very overwhelming. He feels his integrity is hurt and I am placing him in the wrong if he has to submit to what I ask him to do. So with him I always have to look at a win/win situation where in we both get what we want.

Strong willed children aren’t obedient!
This might be possibly true if obedience means doing what you tell them to do.
But what I want is for my child to understand that he must to what I say because I have his interest at heart and he trusts me. A child who realizes that I am concerned about him. Like H.L. Mencken said “Morality is doing what’s right, no matter what you’re told. Obedience is doing what you’re told, no matter what’s right.”

Of course a child should be sensible, considerate and co-operative who does the right thing, even when it’s hard. But to me that doesn’t imply obedience. It means he is doing something because an older person is asking him to.

You want to raise a child who has self-discipline, takes responsibility, and is considerate — and most important, has the discernment to figure out who to trust and when to be influenced by someone else.
Breaking a child’s will leaves him open to the influence of others who often will not serve his highest interests.
That said, strong willed children are challenging to handle. Read the related blog about 5 TIPS ON TACKLING A STRONG-WILLED CHILD?