Home Do It Yourself (DIY) DIY CD Hovercraft
NextPrevious

My son had a ‘Toy Making’ event in school and it was quite a brain cracker for me. For someone who just got by science in school, this was tough because there had to be a scientific principle behind its functioning. Hmmm…. *grey cells cranked*
I remembered  seeing this awesome idea of a DIY CD Hovercraft somewhere and telling myself “Hey, this one’s going to remind Ruhaan of air hockey!” So we decided to try out the DIY CD Hovercraft.  It looked like easy child’s craft in-co-operating the essential re-use of discarded cd’s, dishwasher tops and basic principle of air pressure when exerted against a surface.

Things You Will need for The DIY CD Hovercraft: 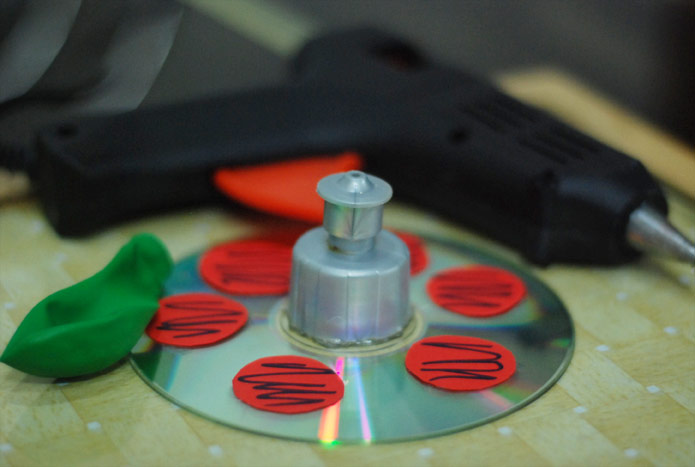 The simple scientific explanation here:  The deflating of the air balloon forms an air cushion between the cd and the surface causing the cd to move.